The number of people walking the Camino de Santiago has seen a dramatic increase over the last two decades. In 1992, just short of 10,000 Compostelas were issued to those walking the various Camino routes, while 2019 saw a record 347,578.

If you look at the year on year statistics the numbers increase annually to create a nice smooth arc but there are four notable exceptions; 1993, 1999, 2004 and 2010 – all of which saw considerable spikes in numbers, far outstripping the year before and after.

These are the Camino Holy Years which always see huge increases in numbers of those walking the Camino de Santiago. 2021 was also a Holy Year, but because of the Covid-19 Pandemic, and with thousands unable to travel, the Holy Year has been expanded into 2022.

Walking the Camino during a Holy Year is incredibly important for many, but with the increase in numbers, there are some things to bear in mind. 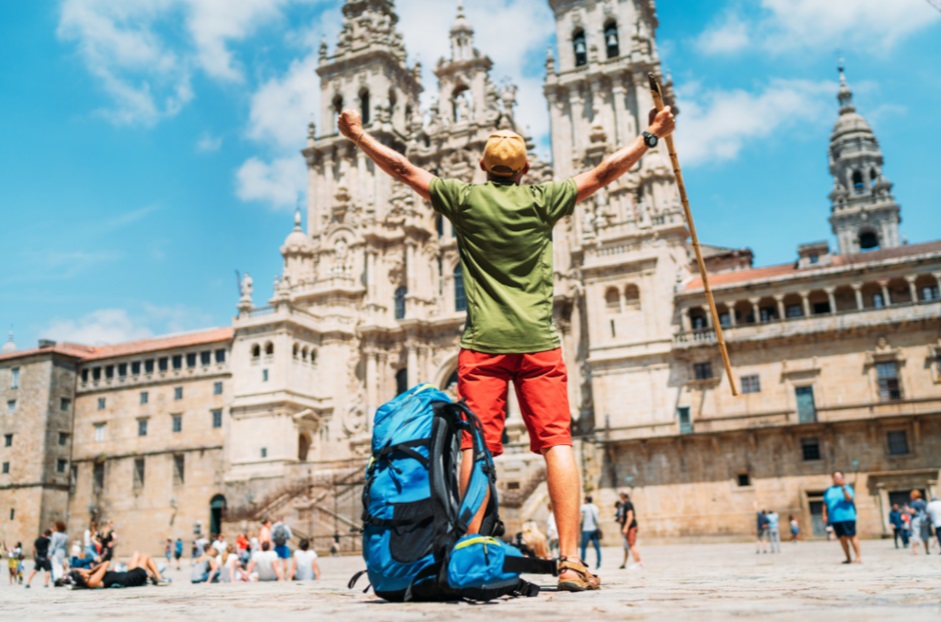 What is the Camino Holy Year?

The Camino Holy Year, also known as the Ano Xacobeo, Jacobean Year or Jubilee Year, is celebrated when the festival of James the Apostle (25th July) falls on a Sunday, which typically occurs every 5 to 6 years – though the last stretch was 11 years between 2010 and 2021.

The practice was started by Pope Callixtus II in the Holy Year 1126 with the promise that all sins would be forgiven of anybody undertaking the pilgrimage to the tomb of St James during a Holy Year – a process known as “earning the Jubilee”.

Why is it so special?

For many of the Catholic faith, there is no more important time to walk the Camino to the gates of the Cathedral in Santiago de Compostela than in a Holy Year. By entering the Holy Door of the cathedral, an entrance which is typically closed in all other years, followed by a prayer, confession and communion, believers can earn Plenary Indulgence (the jubilee) which means complete forgiveness for all of their sins.

To give you an idea of just how unique a Holy Year is, we typically only see around 14 of them each century, so it’s not difficult to see why so many choose these years to walk the long winding path to the tomb of St James. 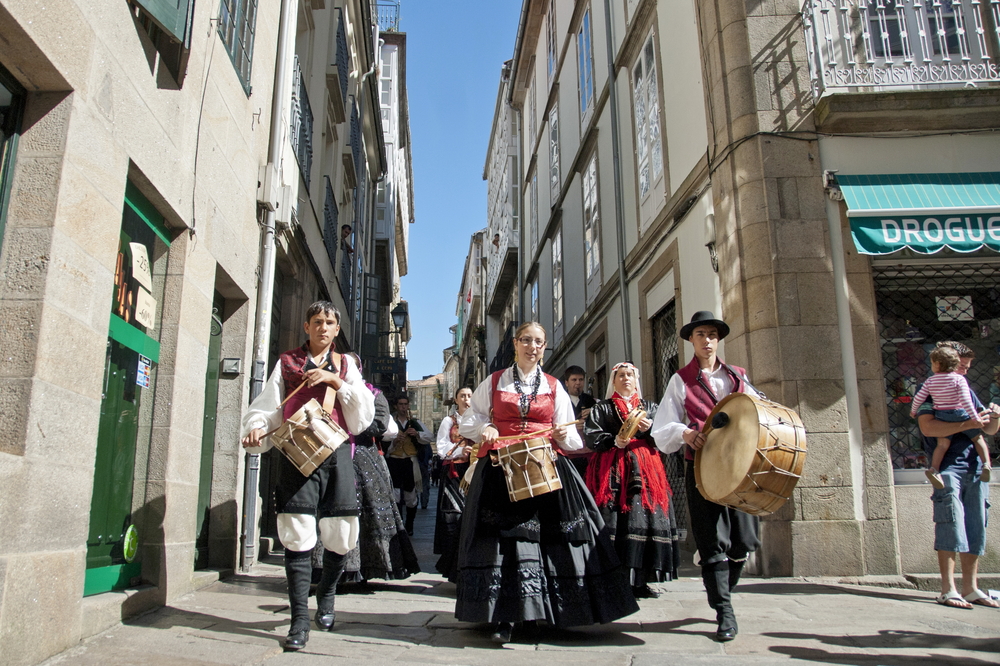 How busy are they?

Holy Years see huge numbers walk the Camino compared with other years, but some of the statistics can be a little misleading. If we look at 1992, with 9,764 pilgrims on the Camino and 1993 (a Holy Year) with 99,436, we see an almost ten-fold increase, but we also need to take into account the natural popularity increase of the Camino.

For example, 2010 saw 272,412 pilgrims on the Camino de Santiago, a dramatic increase compared to 2009 (145,877), but still far fewer than the all-time record seen in 2019 (347,578). 2016 was not an officially designated Holy Year but was granted special status by the Pope as the Holy Year of Mercy. However, despite the distinction as an extra special year, the numbers of people on the Camino in 2016 were only around 15,000 more than in 2015, roughly the average yearly increase we have seen over the last twenty years.

It’s difficult to predict just how busy 2022 will be on the Camino. 2021 saw far fewer Pilgrims than would be expected in a Holy Year, but that was almost certainly down to the Covid-19 Pandemic. With the current situation far from over, it’s difficult to see a record-breaking year on the Camino and it’s likely the 2021/2022 Holy Year will see some of the lowest Pilgrim numbers in a Holy Year for some time.

However, as we’ve seen, numbers have been climbing steadily for years now. Should the Covid-19 situation settle down by the spring, it could still turn out to be a busy Holy Year indeed – though it remains unlikely that numbers will surpass 2019. 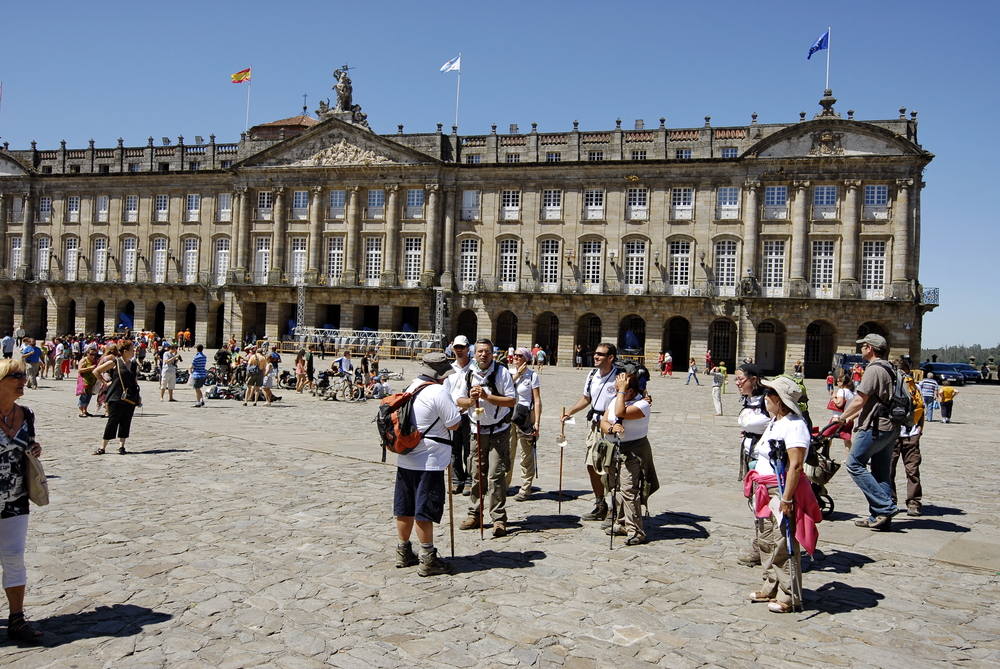 How can I avoid the crowds?

If you do have your heart set on walking the Camino de Santiago during the Holy Year of 2022, but would like to avoid the worst of the crowds, there are a few things you can do.

The Camino Frances is by far the most popular (and crowded) Camino route, so if you’re looking for a more sedate experience, it might be better to choose one of the other routes, namely the Camino Norte, Camino Primitivo or the Camino Levante. Remember that it’s only necessary to walk the final 100 km to gain your Compostela, so expect this section to be the busiest.

You should also consider what time of the year you are going to walk to Santiago de Compostela. May to September are by far the busiest months, so if you want to avoid the crowds, perhaps consider walking in April or October, months that usually offer reasonably good weather, but with far fewer people along the way. 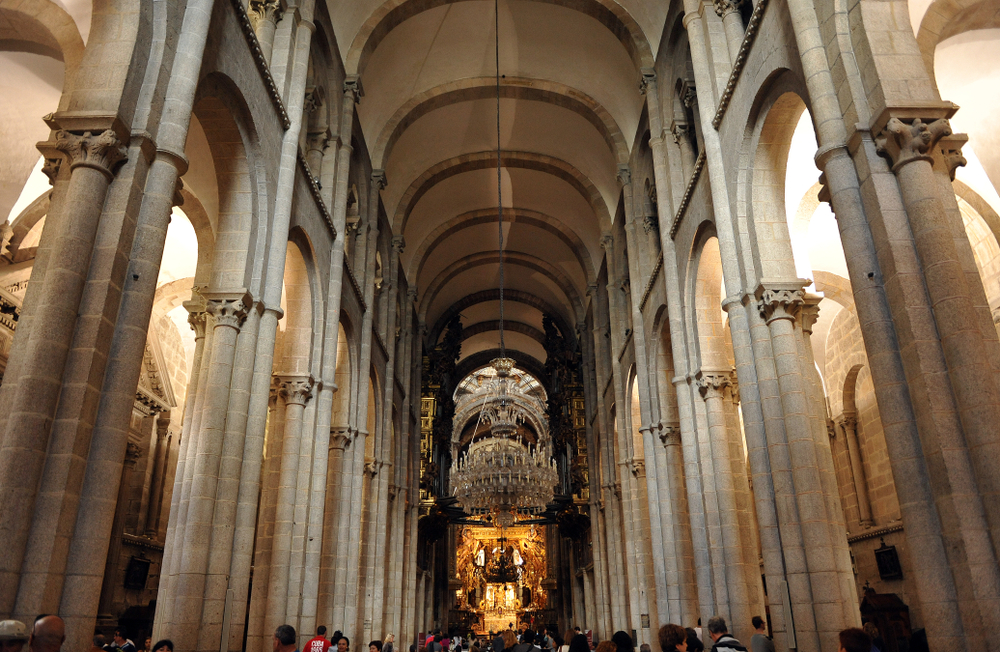 What do I have to do to earn the Jubilee?

First and foremost, you need to arrive at the Cathedral in Santiago de Compostela in a Holy Year. 2022 is a special extended Jubilee Year because of the global pandemic, but if you can’t make it this year, you’ll have to wait until 2027 for your next chance.

When you arrive at the Cathedral, you will need to enter through the Puerta del Perdón at Plaza Quintana (also known as the Holy Door) which is locked during non-Holy Years. Once inside, you will need to say a prayer, at least the Apostle’s Creed, the Our Father and a prayer for the intentions of the Pope, while it’s also recommended that you attend Mass. Your final acts are to Receive the Sacrament of Reconciliation (confession) and Eucharist (communion), which can technically be taken 15 days before or after you enter the Cathedral, so it is possible to do it after you return home.

Click here to view our packages for the Camino Frances, Camino Portugues and the Celtic Camino.